Over time, everything changes. That’s why twenty years from now, certain items we take for granted today might vanish, likely to disappear and become a thing of the past. Just think about the Walkman and typewriters, for example.

For some people, their key rings hold up to ten keys. It’s horrible, bulky, and can get extremely heavy in either a pocket or a purse. Not to mention, leaving spare keys under doormats or a fake rock in the corner isn’t as “safe” as it used to be. 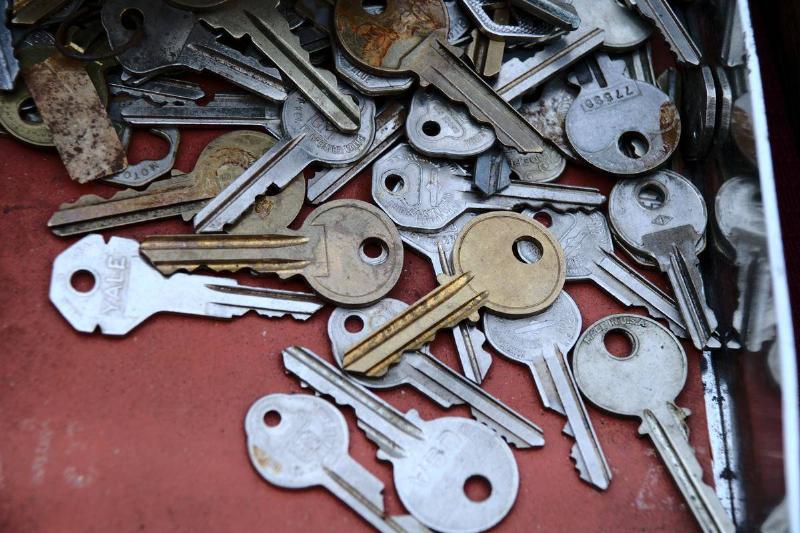 The good news is that common keys are phasing out, making way for the more modern smart lock. These digital locks have a coded keypad and come with an application to lock and unlock your home from the car!

In 20 years, it’s most likely that credit cards will get the boot. Keep reading to learn where society is heading instead.

According to Cutting the Cord’s statistics, less than 20% of US households pay for cable television, a meager 25.3 million homes compared to 2018’s 90.3 million. While cable television used to be in virtually every home across the country, many people just aren’t willing to pay for it anymore. 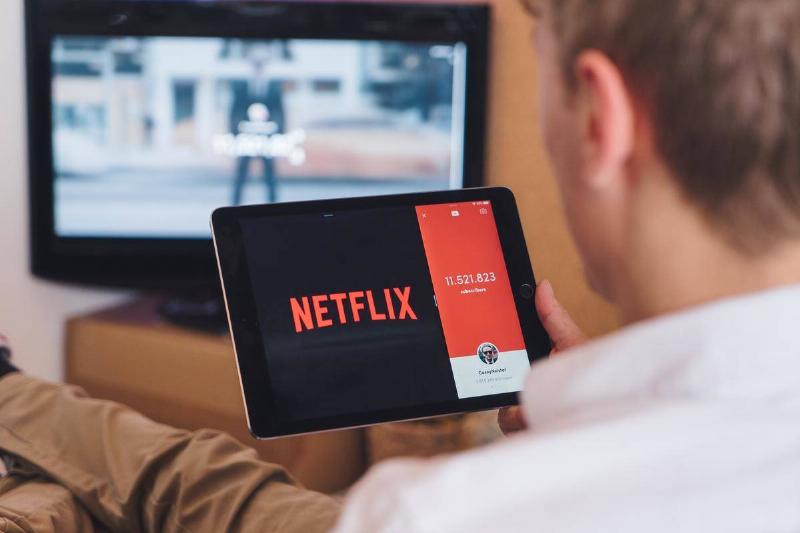 With streaming services such as Netflix, Apple TV+, Disney+, HBO Max, Hulu, and many more, paying for cable is beginning to feel like a foreign concept. Fast forward 20 years, and it wouldn’t be surprising if cable TV disappeared altogether. Or Goren, editor of Cord Busters, believes “Netflix, Disney+ and the other big ones will become the ‘new’ cable companies.”

It might seem odd, considering billions of people own a smartphone, but they might begin to phase out in about 20 years. Don’t worry; the world isn’t going to take away people’s lifelines. They’re just going to make them smaller and easier on peoples’ fingers and eyes. 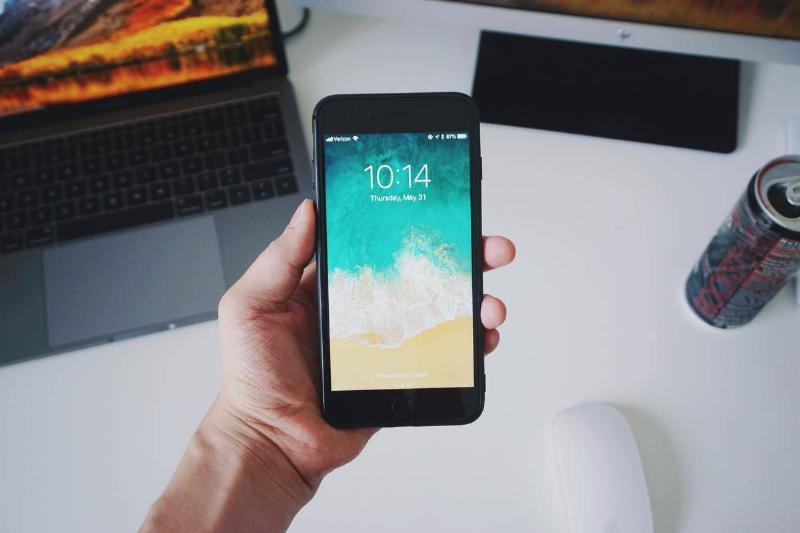 According to Andrew Moore-Crispin, director of content at mobile service provider Ting Mobile, “users could be equipped with small, connected devices on their head, wrist, etc., allowing them to stay connected and perform every conceivable task without having to press a button.”

Facial Recognition And Fingerprints Will Take Over Passwords

Arguably one of the most annoying things is trying to get into an account but forgetting the password. While companies such as LastPass have made it easier on people who tend to misplace their passwords, the entire concept of a password will dwindle in the next few years. 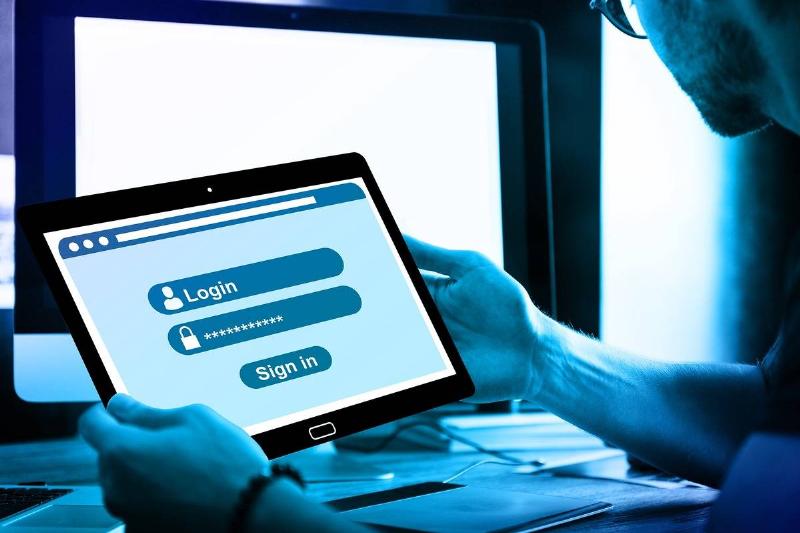 With technology advancements, facial recognition and even fingerprints will be more commonplace, with actual type-in passwords being considered “archaic” and unacceptable, especially for businesses, in about 20 years.

Say goodbye to that extra piece of plastic in your wallet. In about 20 years, experts believe credit cards will be a thing of the past. Don’t worry, though; the disappearance of physical cards isn’t going to be the end of the world. 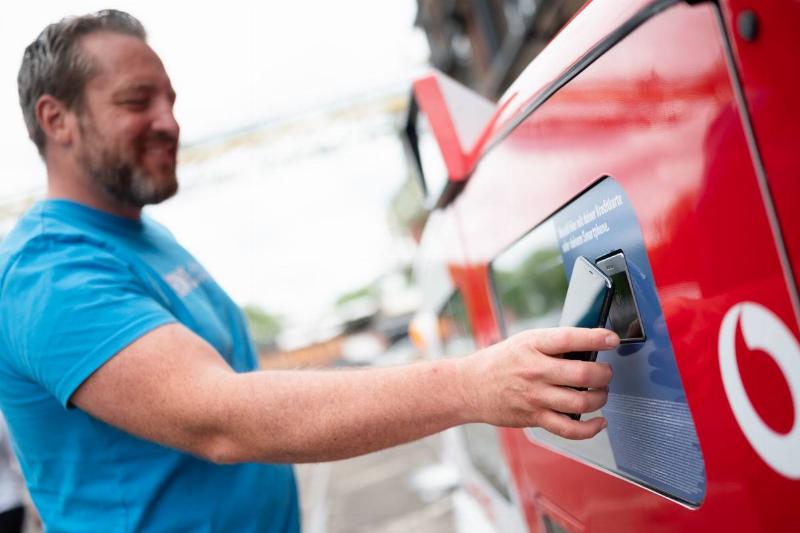 It’s solely because technology is rapidly evolving, and concepts like digital payments are becoming more widely available, such as Apple Pay, Pay Pal, Venmo, and even Zelle. The best part about this transition is there would be no more losing, forgetting, or misplacing a card!

With digital payment, people will have no use for this upcoming object!

Autonomous Vehicles Will Be The End Of Drivers

In about twenty years, the number of taxi drivers, Uber drivers, and even civilian drivers will have gotten much smaller. There might be a debate about when autonomous vehicles will be released, but there is one thing that is not exactly debatable — it’s going to happen eventually.

With Tesla having a semi-autonomous car and manufacturers such as Ford and Volvo designing their own, it’s only a matter of time before they become commonplace on the roads.

Traffic Will Be A Thing Of The Past

If there is one thing most drivers can agree on, it’s that traffic is horrible. Thankfully, it might be a foreign concept in twenty years or so. One of the most common reasons traffic jams occur, aside from accidents, is people driving at different speeds. 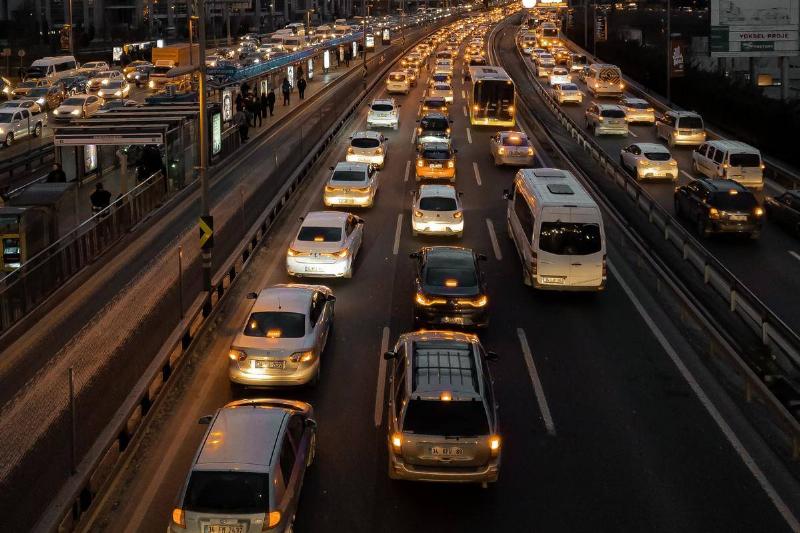 With the production and release of fully autonomous vehicles, that should no longer be an issue. Without drivers on the road, the self-driving cars will supposedly drive at the same speed. Wouldn’t that be something!

In 1984, George Orwell spoke of a “Big Brother” keeping a careful watch over its citizens. Years after the book’s publication, his fictional dystopian world seems oddly accurate. With cameras virtually everywhere and people buying smart devices, privacy seems to be going away sooner rather than later. 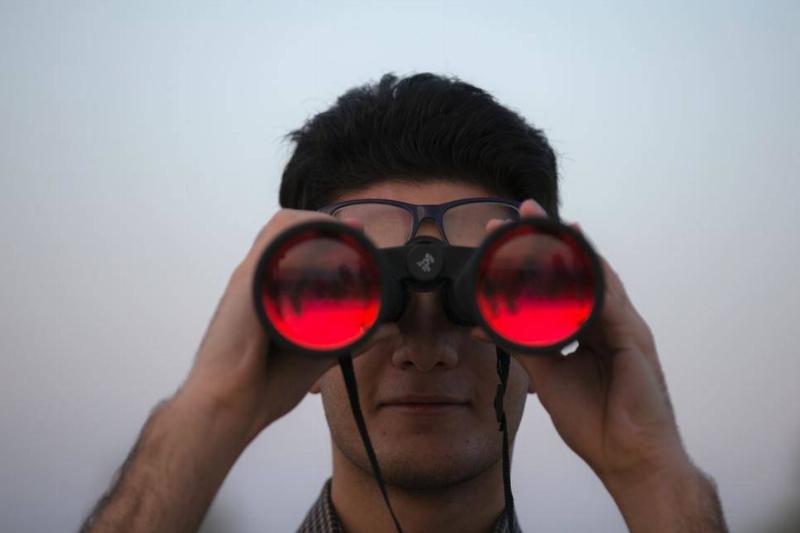 Between social media, voice-activated devices, and even facial recognition, it is becoming less and less likely for people to remain anonymous in the world. It will be interesting to see what happens twenty years down the road.

Remotes Will Be Tossed Aside

For those people who have a knack for losing the TV remote control, have no fear! In about twenty years, those pesky things should be all but a thing in the past that you’ll wind up laughing about (maybe). 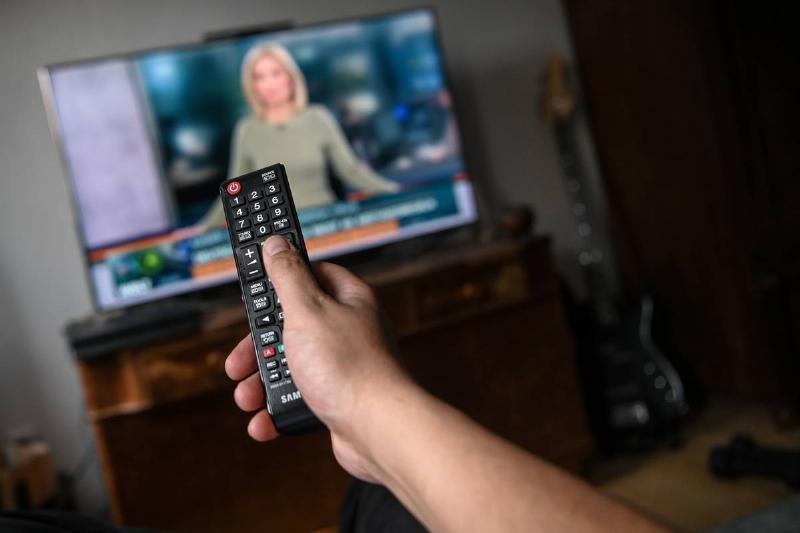 With ever-changing technology, people predict that remote controls will no longer be needed. Instead, voice commands, such as an Amazon Alexa, will be used to change channels, select programs, and even adjust the volume.

Wallets: People Won’t Have Anything To Put In Them

Wallets hold money, ID cards, credit cards, and gift cards. But with smartphones getting, well, smarter, more and more people are putting all of their information in secure applications. All they have to do is whip out their phone to show their driver’s license or scan it to pay for a drink at the store. 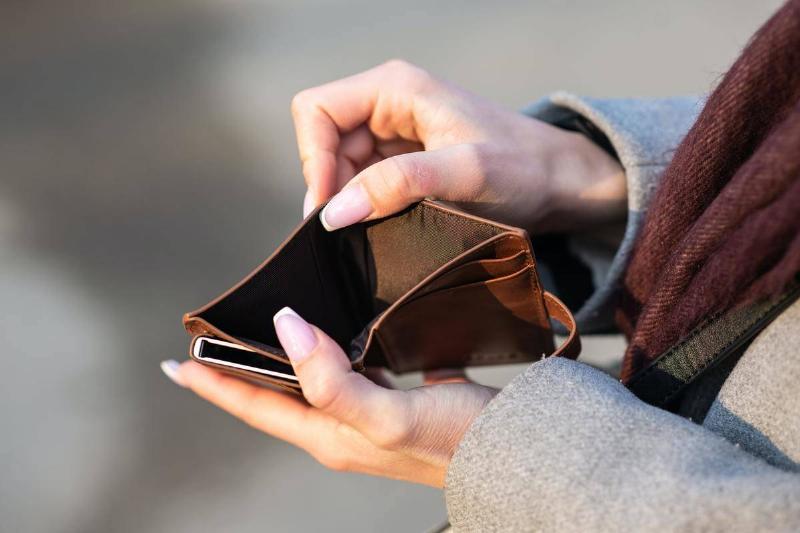 Because more and more people are switching over to their phones, wallets will make their way into the “extinct” category. No one will need them because no one will have anything to put inside them!

Speaking of money, certain chains are most likely going to start disappearing in the next 20 years. Keep reading to find out which ones.

Plastic Bags Will Finally Be Replaced By Reusable Bags

Removing plastic bags from everyday use has been years in the making. They’re horrible for the environment, littering the streets, oceans, parks, and streams (pretty much everywhere). In about twenty years, though, the human race will hopefully have solved the plastic bag issue for good. 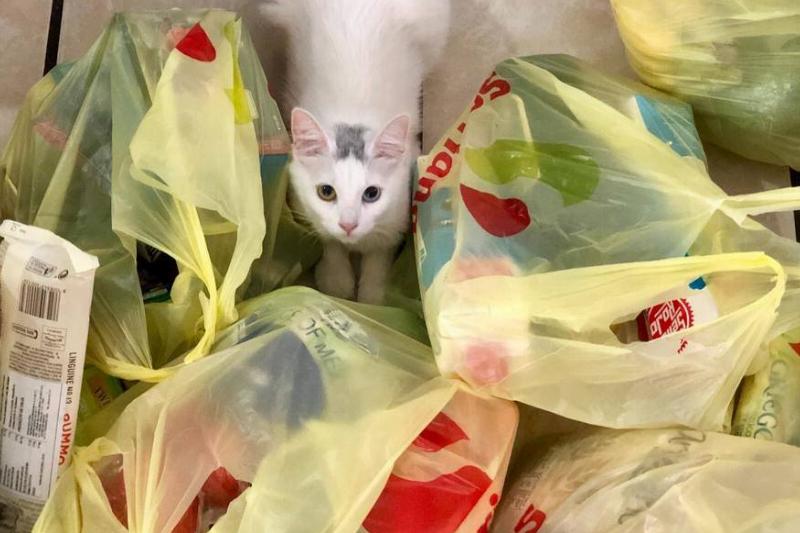 Instead of plastic, paper bags will be more common in-store, with reusable bags, hopefully, taking over. There is also talk about plastic alternatives being created. Honestly, anything is better than what is happening now!

Electronic Bills Instead Of Paper

For a long time, companies would mail people their bills, from utility bills, cable bills, or bank statements. Then, those same people would cut a check and mail it in. Talk about a complete waste of paper. 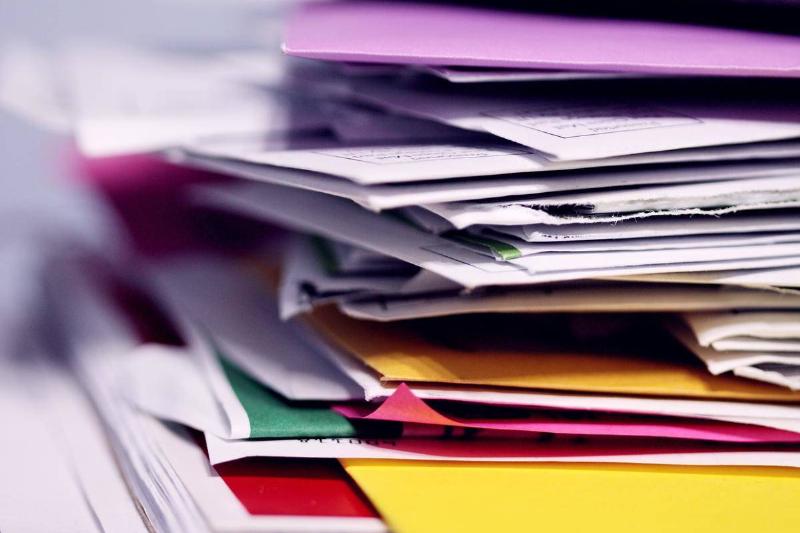 Thankfully, in about 20 years, all bills will likely be electronic, with people paying for them online instead of by check and snail-mail. Not only is an e-bill way more efficient, but it’s more environmentally friendly, too!

Smartphones, tablets, smartwatches, and even Bluetooth speakers have one thing in common — they all need to be charged. And when someone has all of those gadgets lying around, it can cause quite the tangled mess of charging cables. The good news is that wireless charging is most likely going to take over 20 years down the road. 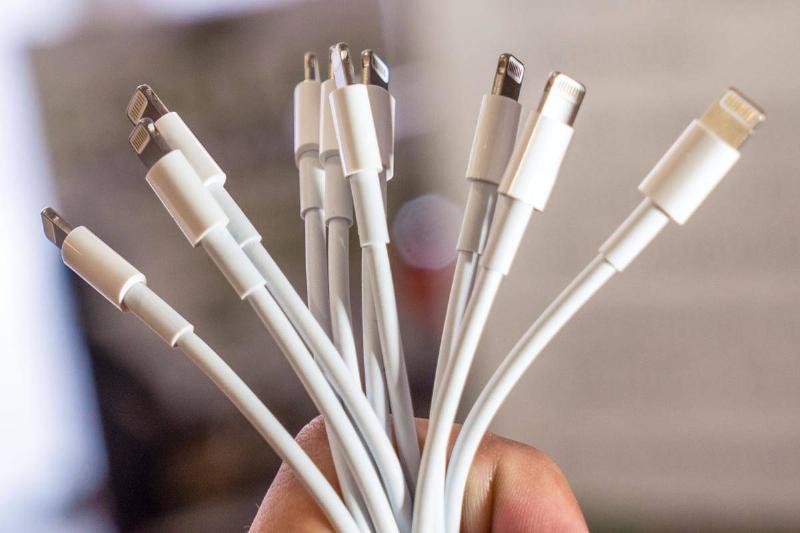 Chris Chuang, founder, and CEO of mobile service provider Republic Wireless, says, “In 20 years, or less, charging cables will be a distant memory…Everything will all be wireless. No more searching for missing phone chargers.”

Going to the grocery store and waiting in line to checkout has caused more than one person to get overly annoyed. It’s a waste of time, especially if someone goes into the store for one item. Well, Amazon has proven once again that people aren’t needed. 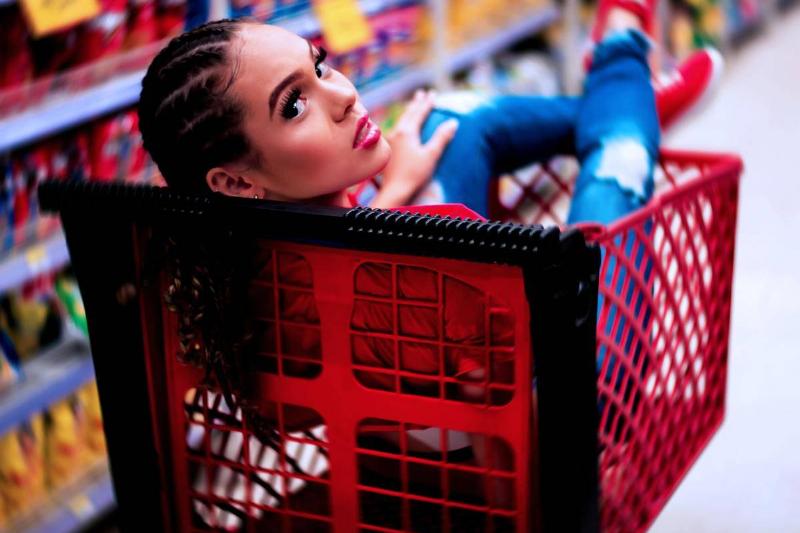 In 20 years, more and more places will lose checkout lines and cashiers, favoring things like Amazon Go, where people can check off items on their phone, go to the store, scan their phone upon entry, grab everything, and go! Society is already seeing a rise in these services, such as Instacart.

Bank Chains Will Close Their Doors For Good

According to the American Bankers Association, only 17% of Americans actually take the time to walk into a bank to speak to a teller, withdraw money, or cash a check. The majority of Americans opt to use their smartphones or tablet to access their banking application instead. 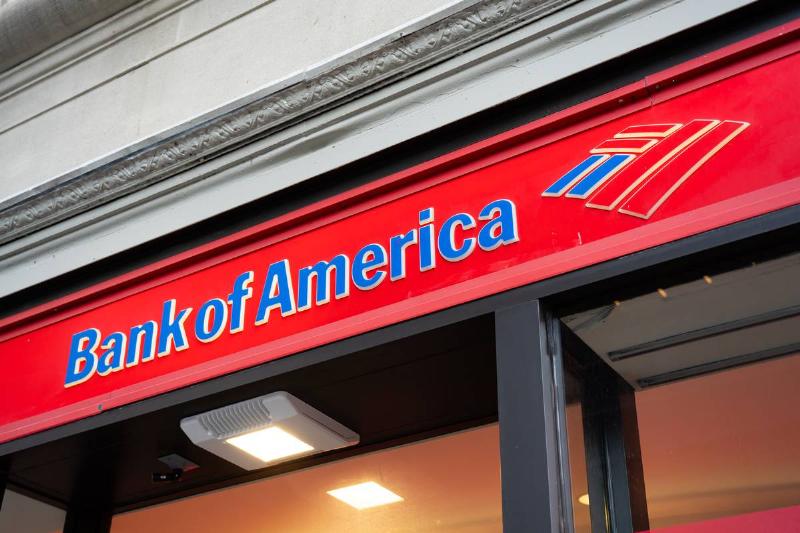 At this rate, it may not come as much of a surprise to learn that more and more bank chains are closing their doors and becoming fully digital instead. It will be interesting to see if any are around in 20 years.

License Plate Recognition Will Take Over For Parking Meters

Parking might become a whole lot easier in the coming years, with parking meters getting the boot. While inserting a credit card or cash into a meter isn’t the biggest hassle in the world, it can get annoying waiting behind people who aren’t entirely sure what they are doing. 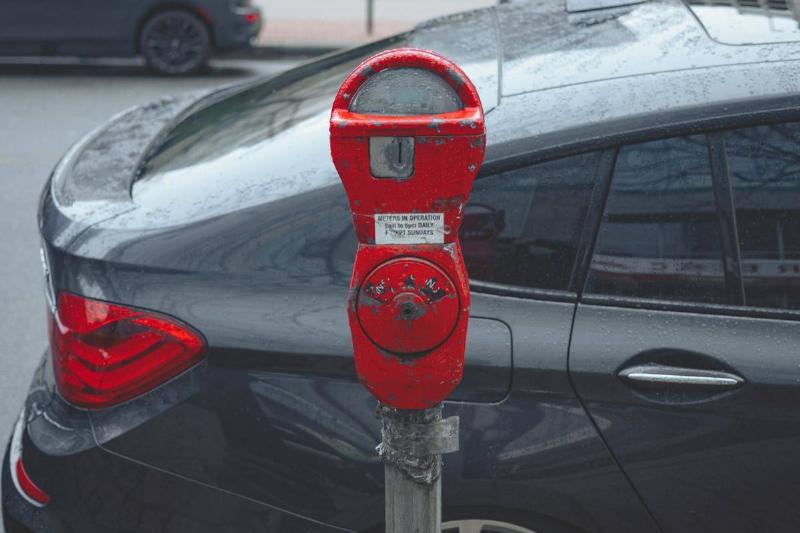 The good news is that technology is advancing at a rapid pace, especially recognition software. In 20 or so years, parking meters are most likely going to phase out in favor of license plate recognition with an automatic charge to that person’s credit card.

Electronic Receipts Instead Of Paper

In a technology-based world that is trying its best to be environmental, it only makes sense that stores will switch over from paper receipts to electronic ones. Many places have already made the switch, asking for customer emails instead of printing off a mile-long receipt of things they are not going to return (we’re looking at you, CVS). 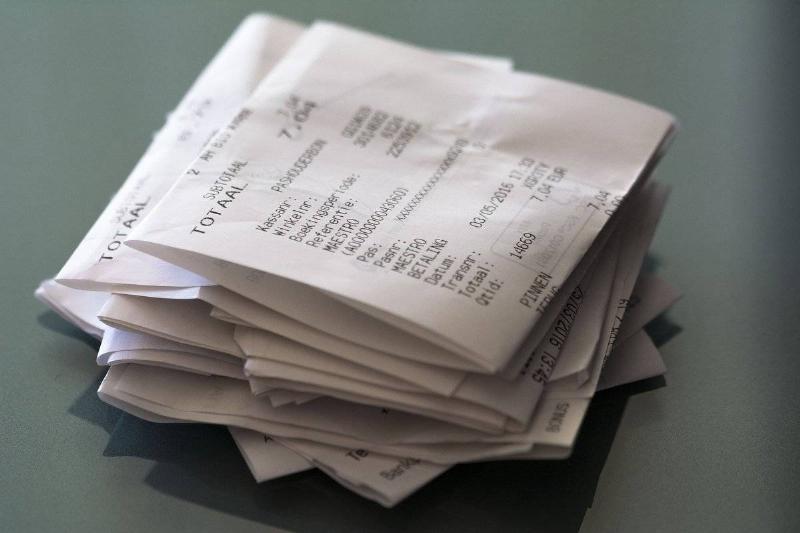 Thankfully, more and more places are ditching the rolls of paper, saving trees, and going to e-route.

Desk Calculators Are Already All But Extinct

Once upon a time, the phrase “you won’t have a calculator in your pocket” was an actual threat, making kids learn how to do math equations longhand. Well, that’s not exactly the case anymore, thanks to smartphones! Even Siri and Alexa will be more than happy to help with simple equations. 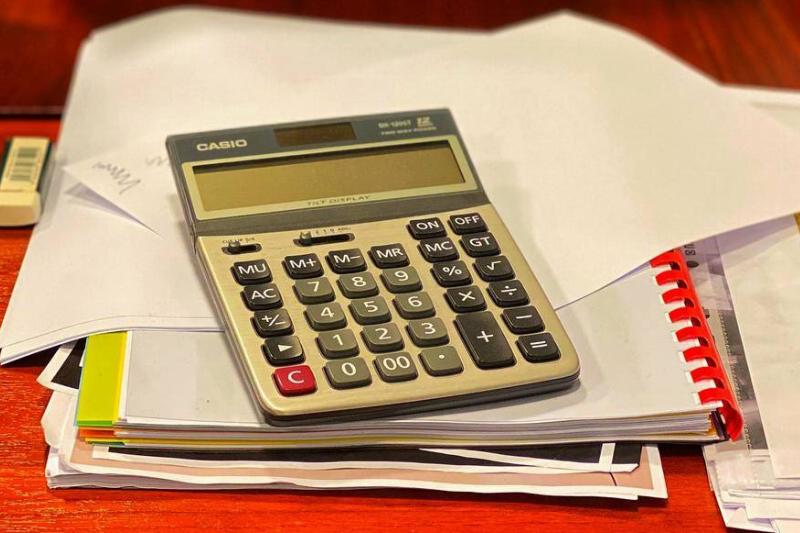 With literal calculators in our pockets and on the computer, there is really no need for desk calculators to be around. In 20 years, they’ll be all but forgotten.

Large Shopping Malls Are Going To Be Hard To Come By

Shopping malls and large shopping centers used to be the go-to places for people to buy new clothing, furniture, and even cars. Now, it seems silly to get into a car, only to drive 30 minutes to see something that can, most likely, be seen and purchased online. 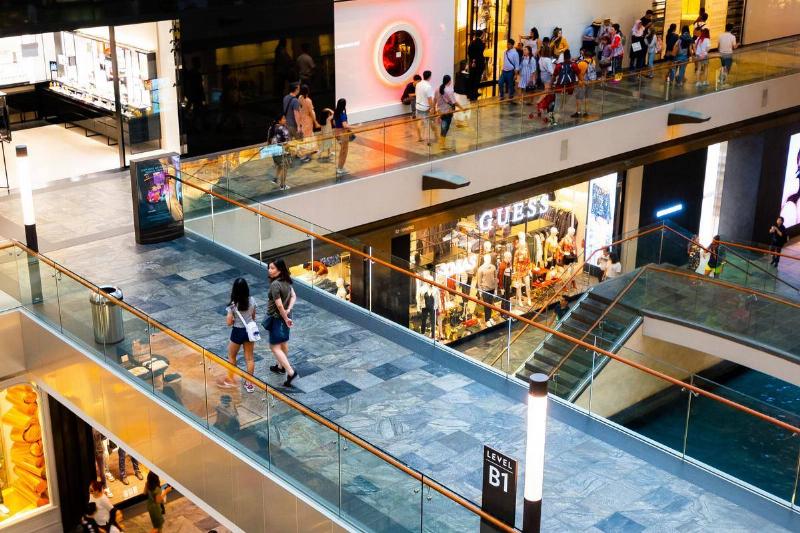 A solid majority of people have stopped going to malls altogether, ditching the hectic parking situations and crowds in favor of online shopping. Because of this, more and more malls are shutting down. In 20 years, they’ll most likely be gone for good.

Office Buildings Are Going To Turn Toward Remote Working

In recent years, offices have been changing their tune, ditching cubicles in favor of a more open and social layout. They were getting with the times, making the work environment less stuffy and more welcoming. Twenty years down the road, though, offices might see another revamp. 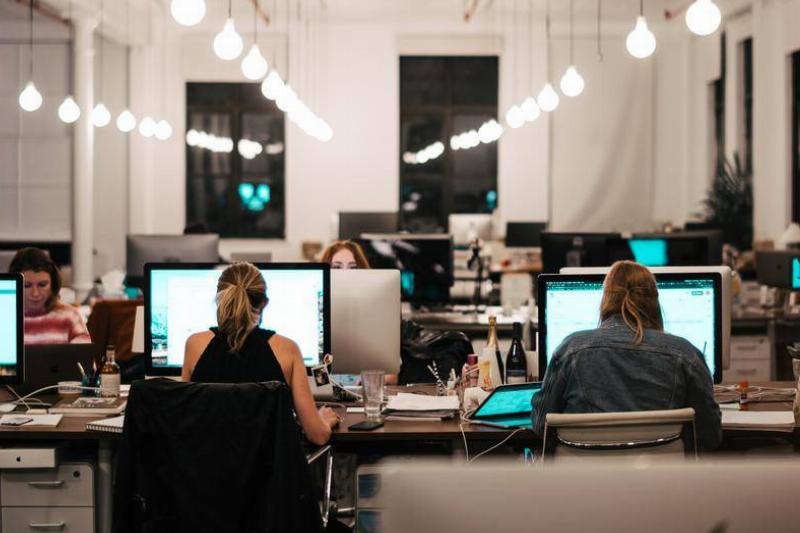 Many businesses are realizing workers do a fine job remotely, allowing the company to shut down or downsize their physical office and save money. In the years to come, this might become common practice.